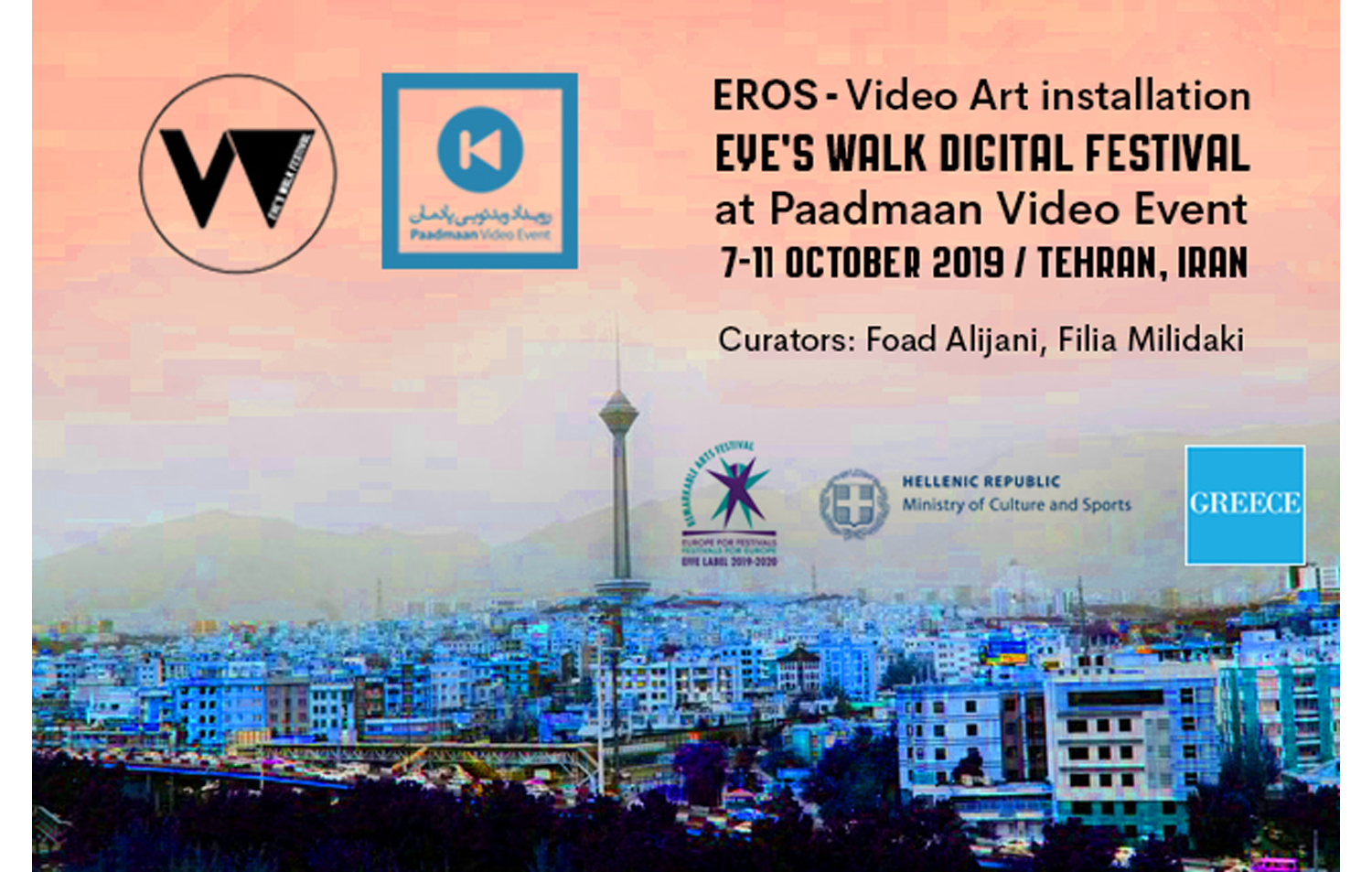 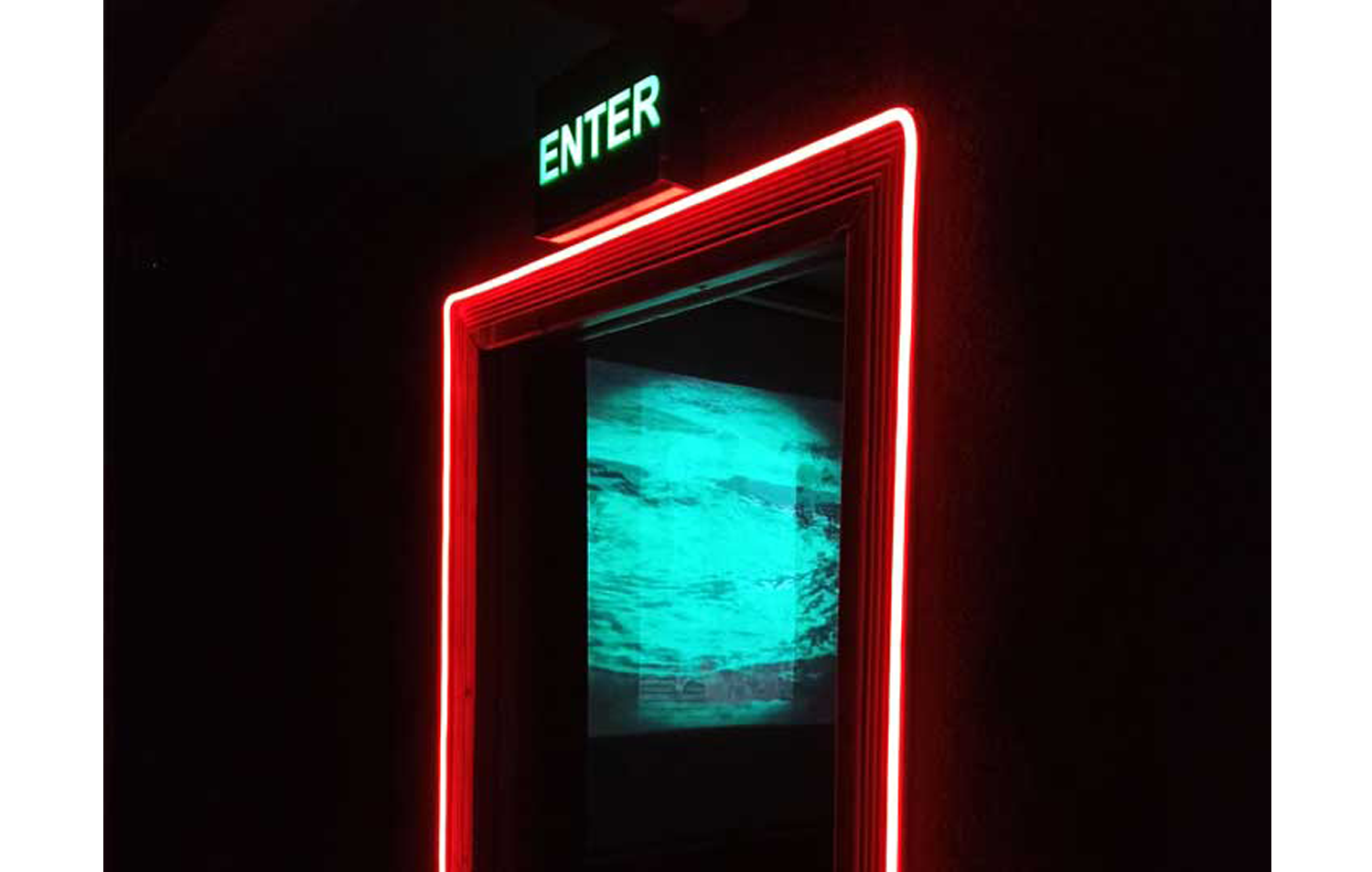 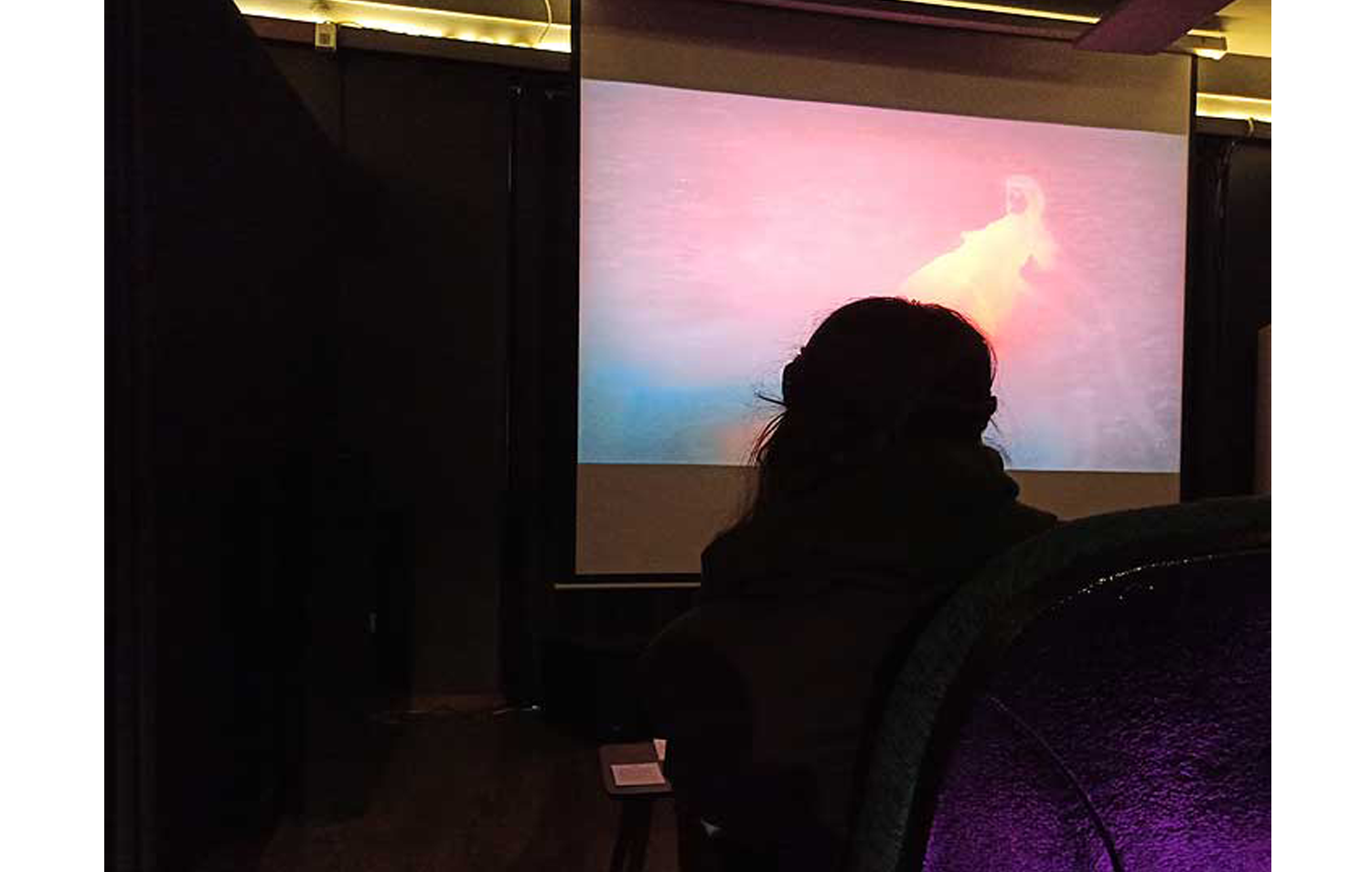 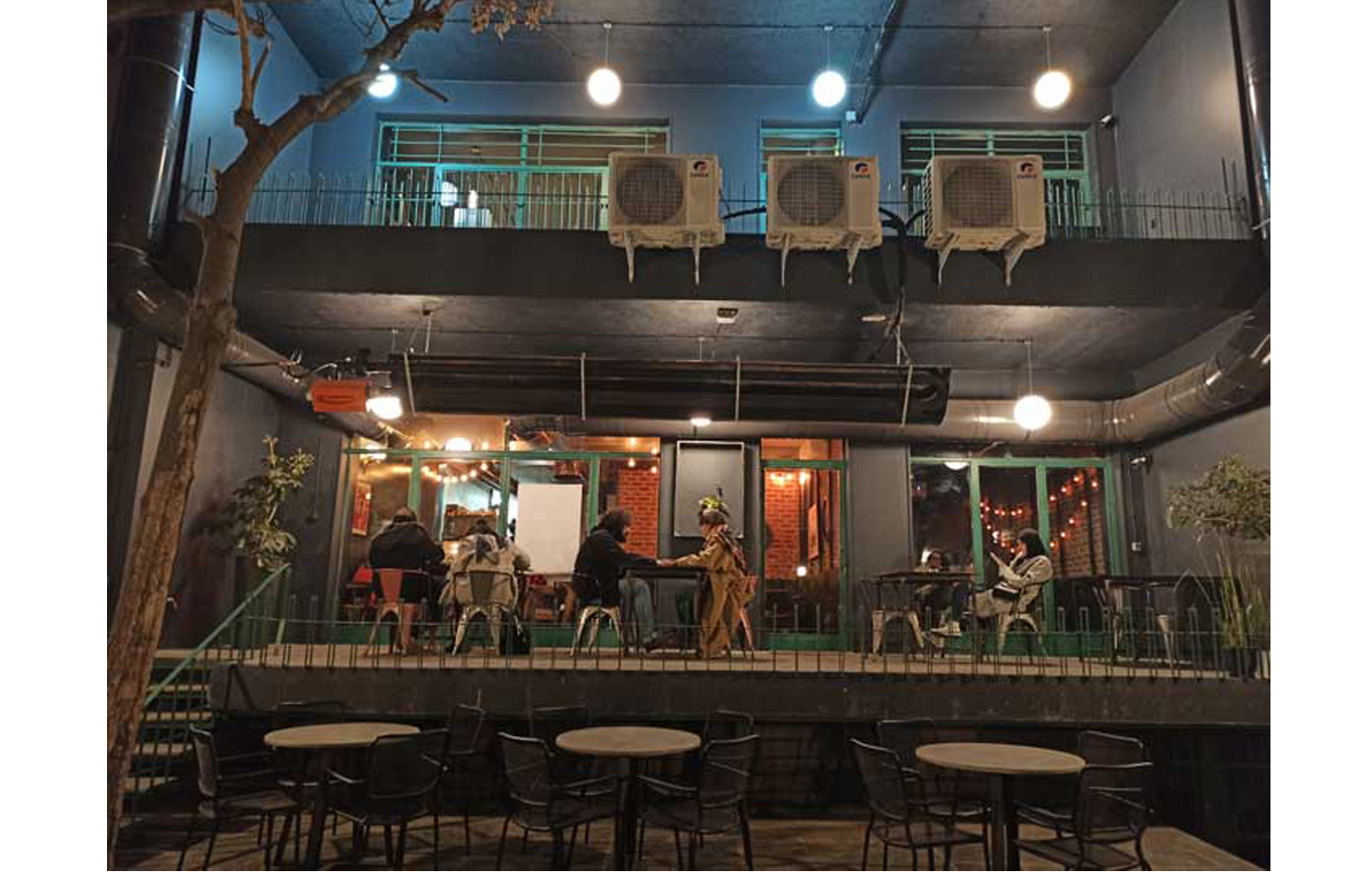 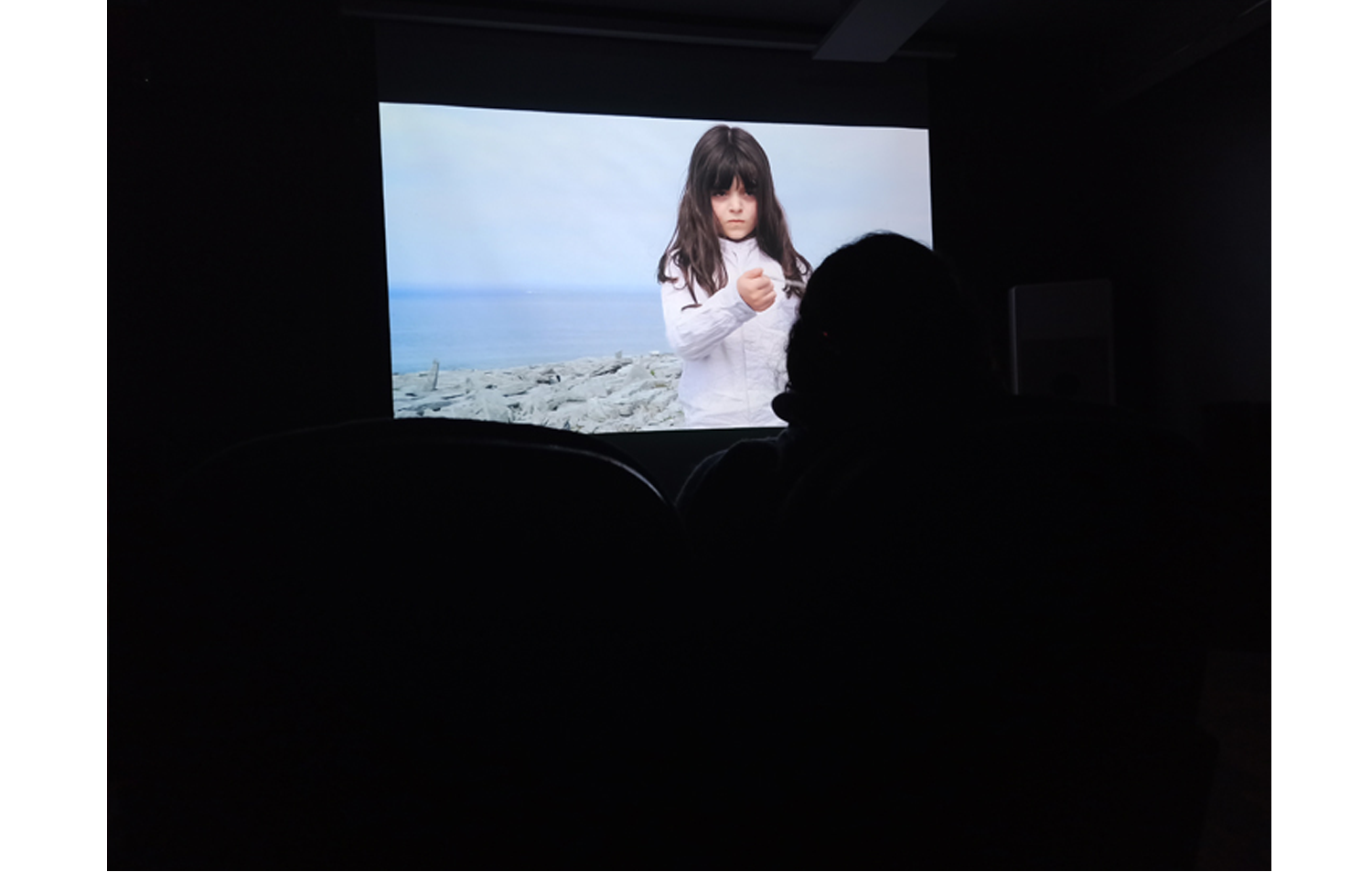 We, Eye’s Walk digital festival and “Paadmaan Projects”, believe that modern society is mainly determined by denial, confrontation and differences.
Our position is affrmative, constructive. Eye’s Walk Digital festival is inspired by the poetry of Meleager 1st century BC.

“Bird-lime your kiss, Timarion,
your eyes are fire!
If you look at me-you burn,
If you touch
You have caught me fast”*
Meleager, 1st century BC, Greek poet, Greek Anthology V, 96**

We acknowledge the Eros and the thrill the causes as an opening to life and to the society. The Eros is a shared communion. When it comes out it rushes loudly in all ways and it is always revealing.
Under the title “Eros”, we aim to initiate an artistic dialogue among artists from Greece, Iran, Ireland, Germany and USA. First part is in Tehran and second part is in Athens.

We believe it is time for everyone to express themselves.
Because Eros is an act where words have power to change people, is an act of joining, of sharing, an act before death and while we are still alive.

The project focuses on fostering the “osmosis” between artists from different backgrounds and communities. By casting light on common and important issues we chal- lenge the international dialogue between people and ideas. 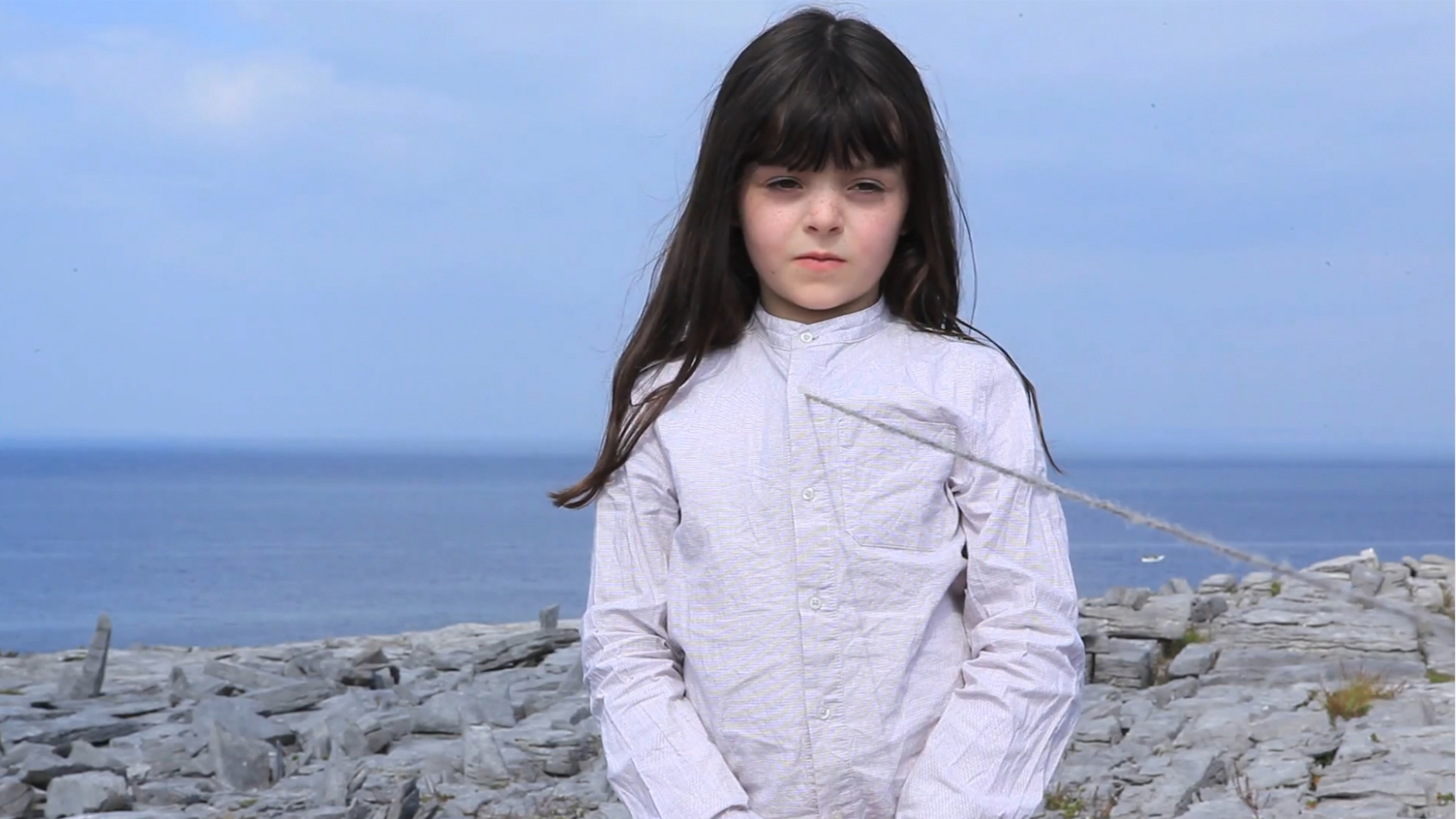 “unravel_rois incorporates installation, action and image to explore the relationship between place, memory and the physical body. The work uses the continuous action of unwinding and rewinding through different built and natural landscapes connecting hidden histories, physical structures and metaphysical philosophies. Philosophically underlying the performance and installation is an argument which Plato sets out in his dialogue Symposium that Eros [desire] can help the soul to “remember” beauty in its pure form. For Plato, Eros can contribute to an understanding of the connectivity between the person, the object [of desire] and the memory of such person, object or place; central preoccupations in this artwork. Supported by Culture Ireland and Ealaín Gaeltachta. For updated information on “unravel_rois” https://www.facebook.com/Unravel_Rois-437774396235447/ Andrew Duggan https://www.facebook.com/CourthouseStudios/ 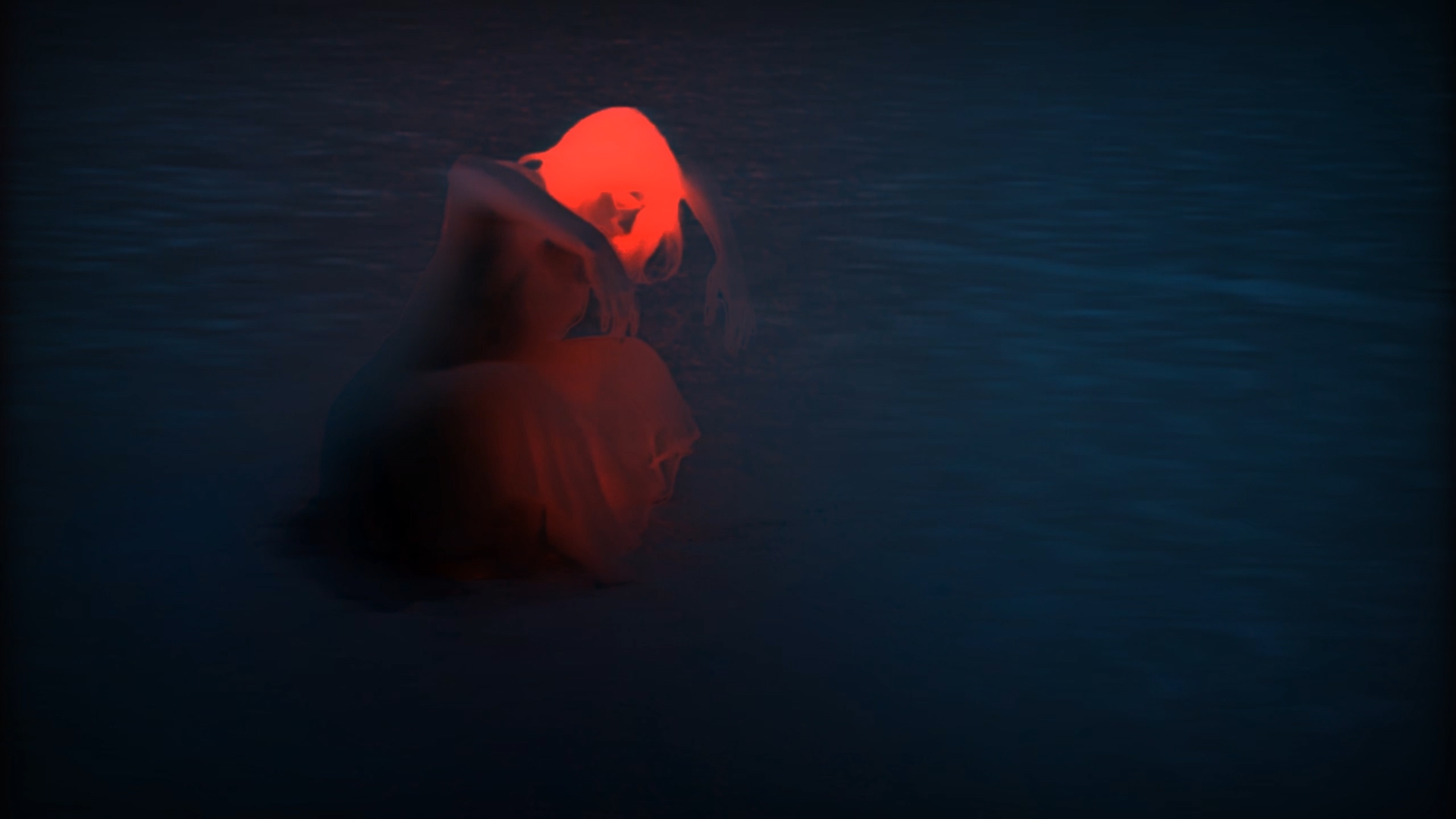 Angelina Voskopoulou - Greece,
Video Art “Behind this page, but not disappearing”

“Endless roads leading nowhere as the end comes closer to me to you and I can’t breathe can’t touch the light I see just you and only me. You hold your breath. Cant’ they hear your cry in the night. Against the dark. Fighters in the sky”

Born in Athens, Greece. She is a graduate (BA with Distinction) in Fine Arts and Technology and she also has a Master’s degree in Digital Arts (university of the Arts London). She is teaching at Athens cultural centre Art and New Media. She is the Co-founder and video artist/director of ‘state of flux’ dance group and member of visual container Italian videoart Platform since 2008, the first italian videoart distributor and platform for videoart promotion and special projects. https://avos.wordpress. com/about/ 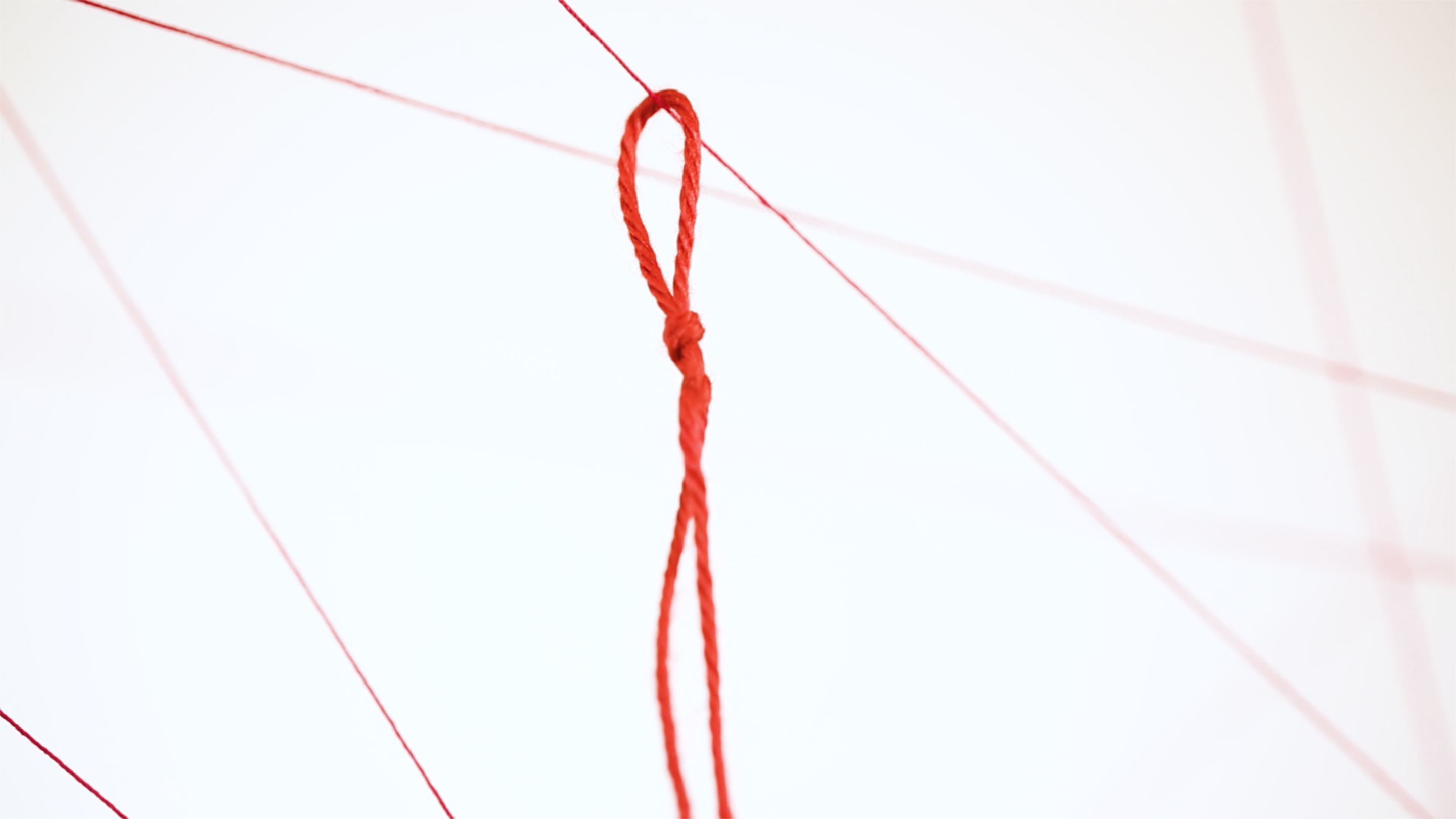 “The lines are organized like neurons, and flash as if a synapse is firing.
The thread can also be seen as a noose, reflecting on how thoughts of death may also enter and leave our minds when we are in a state of reflective thought.“

Katina Bitsicas is a new media Artist who utilizes video, photography, and performances in her artworks. Her works explore the effects of crime, traumatic personal events and architectural containments on the human psyche. Born in East Lansing, Michigan, Katina currently resides in Columbia. Shown both nationally and internationally, Katina has exhibited in multiple galleries, museums and festivals. www.katinabitsicsa.com 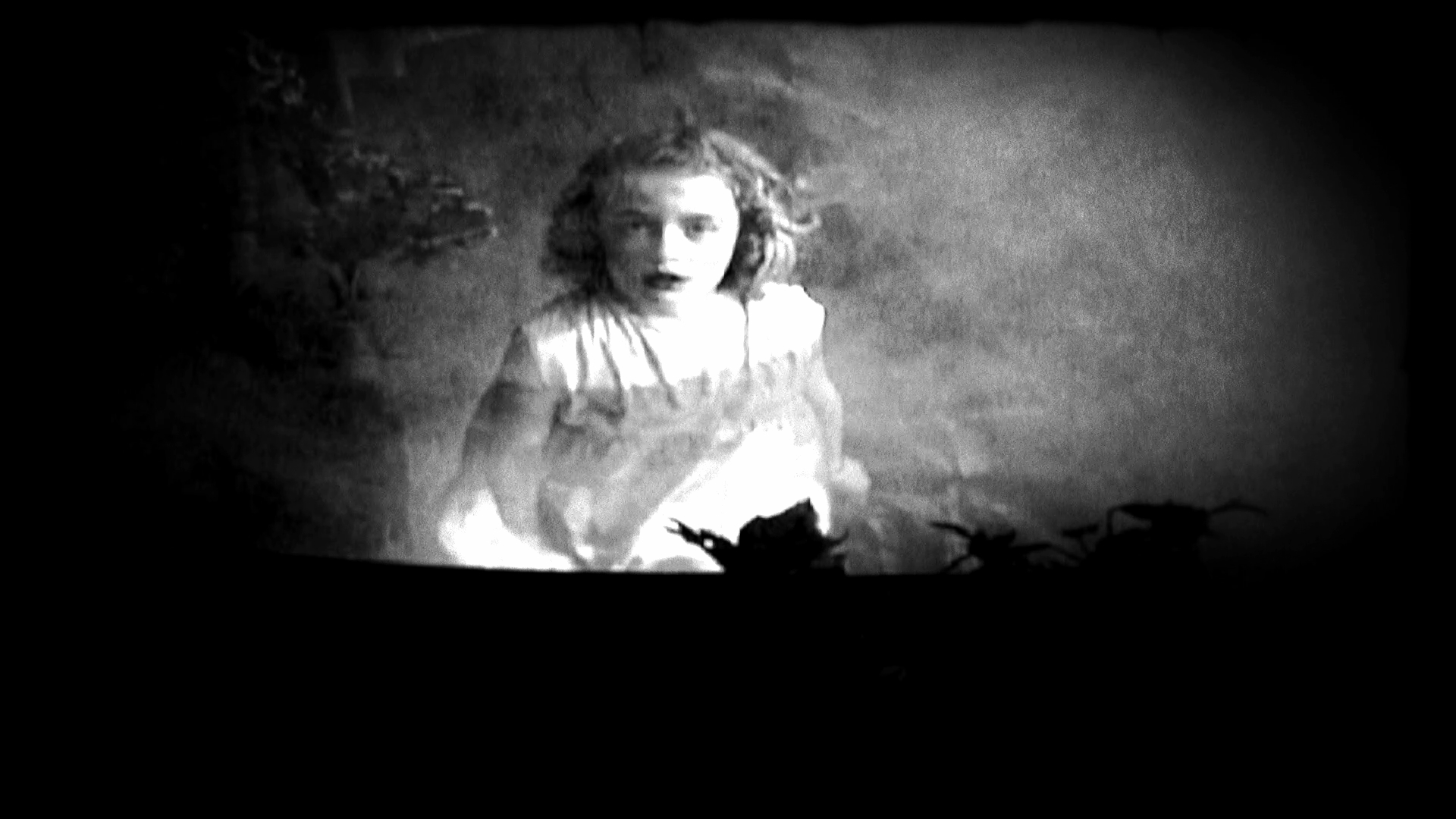 “Water moves and constantly produces reflections and textures with hypnotic qualities… For me, this is what aligns this work to the theme of Eros – a deep romantic and spiritual connection to our place at the fringes of nature, where love and belonging thrive”. 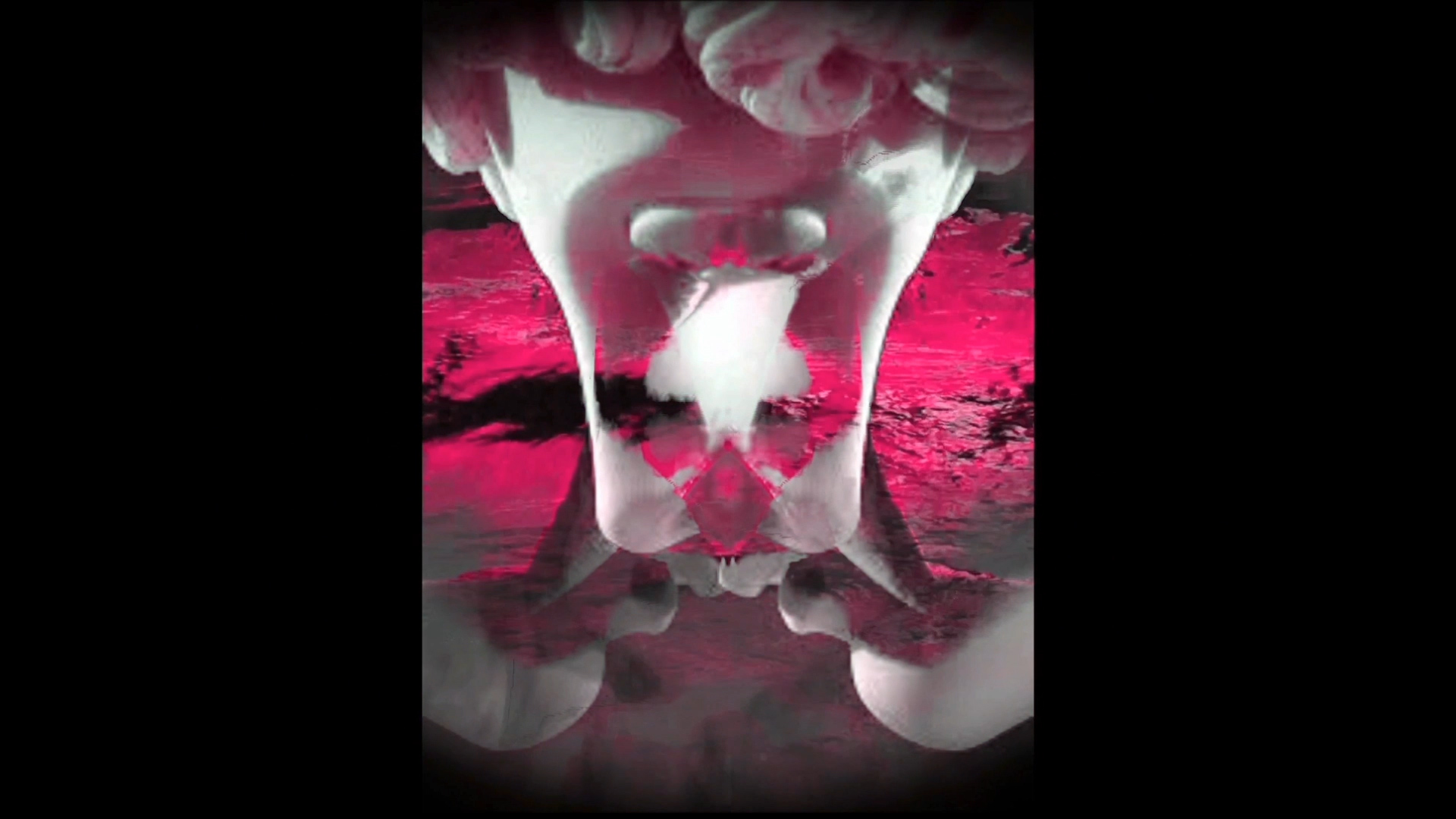 Through his life situation he lived and worked in different locations and countries. Among others, Germany, Ireland, Spain, The Netherlands, Argentina, Australia, India, Bangladesh, Pakistan, Myanmar, China, Taiwan, Russia and Armenia. This kind of life style and art career had at the end a great impact about his vision and concepts as an artist. To be on the move, curiosity of crossing boundaries , nowhere feeling home and a certain restlessness became an important source of inspiration. www.johannesgerard.com

* We thank Mr. Standis Apostolidis for the English translation.

** Meleager, (nourished 1st century BC, b. Gadara [now Umm Qays, Jordan]), Greek poet who compiled the rst large anthology of epigrams. This was the rest of the collections that made up what is known as the Greek Anthology. Meleager’s own poems are neatly constructed, and they treat amorous themes with cleverness; they had a considerable in uence on the epigrams written during the time of the Roman Empire. He lived in Tyre and, in old age, on the Aegean island of Cos. [Encyclopedia Britannica].