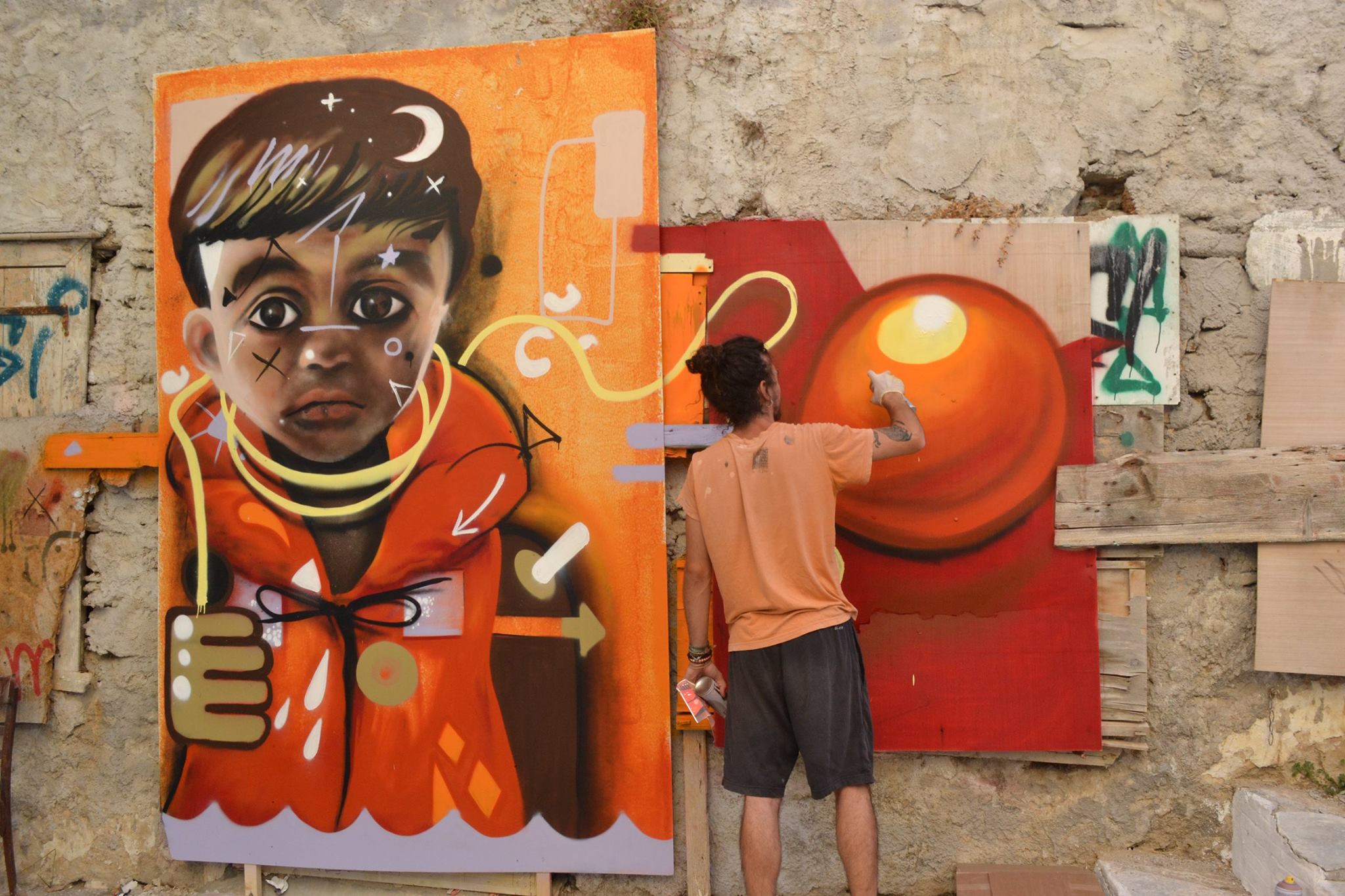 Rea-lly? Team, at the Eye's Walk Digital Festival, has chosen to create and make its own social comment on the refugee issue– One of the most difficult parts of the existing reality, a source of reflection on the future of mankind seeking salvation in a world that is constantly transforming.

Three graffiti were gradually created and remained after the festival concluded at three locations in Ermoupolis, at Pallas Winter Cinema, at the 1st Primary School of Ermoupolis and at the Harbor opposite Hermes Hotel. 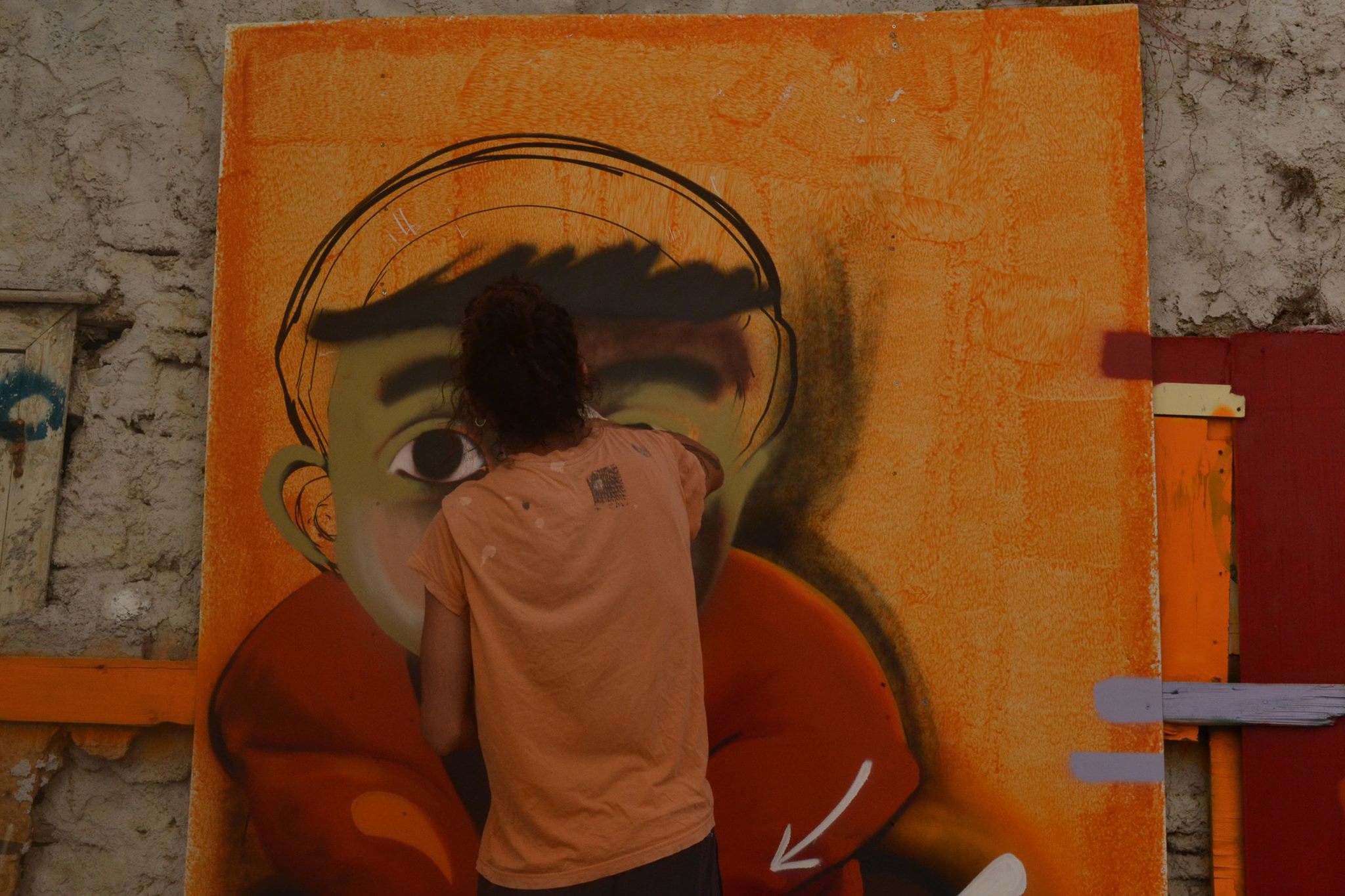 «“Europass” is an issue with many different views and interpretations. We decided to focus more on the refugee issue, which has a significant impact on our country. The endeavor of these people seeking a new homeland and a new Promise Land is difficult, as Europe differs from the classic myth of Jupiter who transformed into Taurus, and it is now constantly and variously transforming». Paris Tsiropinas-Xindarianos / Really? Team